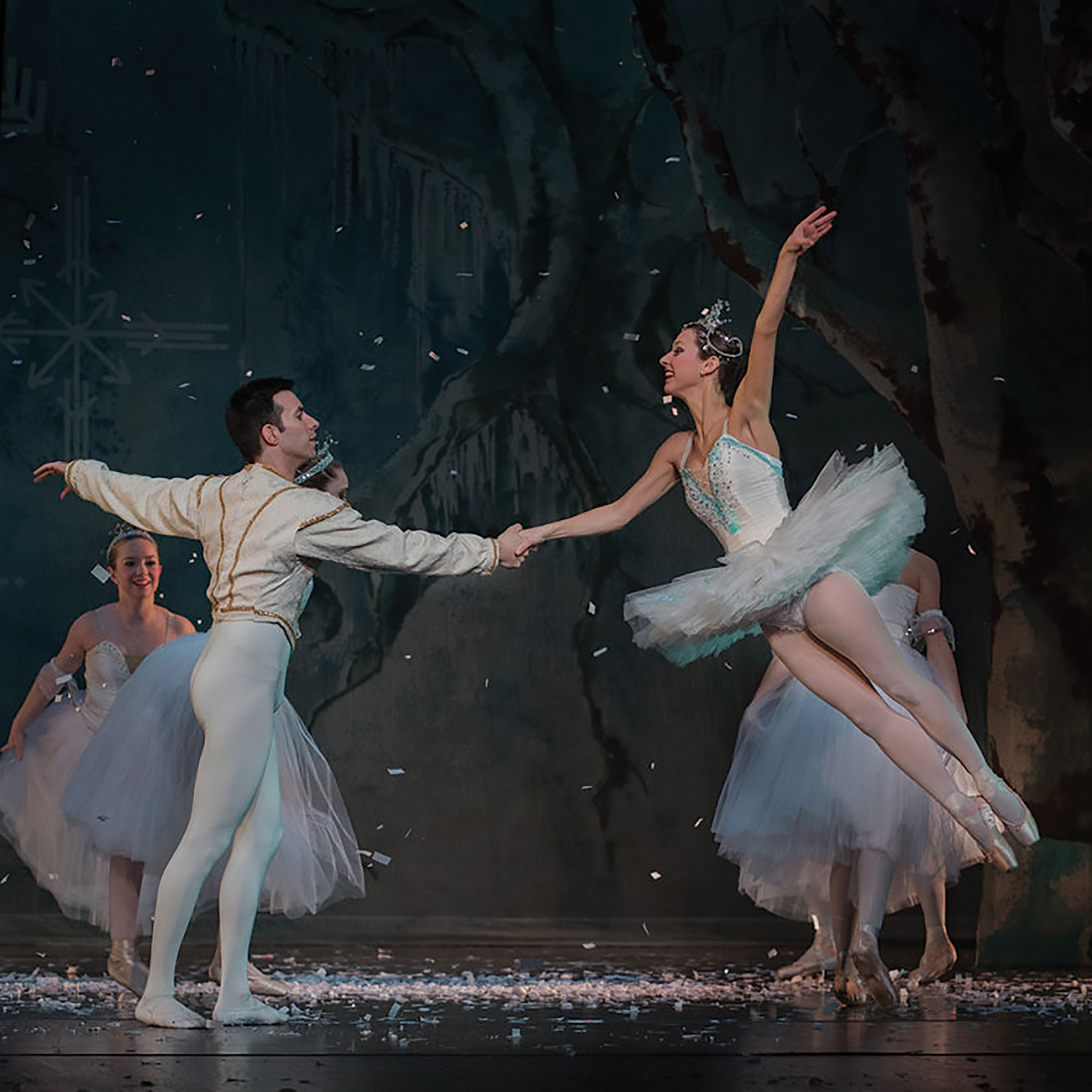 While most people are preparing to decorate and greet Trick-or-Treaters, or planning their Halloween costumes, the classical dancers at the Appalachian Ballet Company in Maryville, Tennessee are focused on the Holiday Season. Rehearsals for The Nutcracker have already begun and this year marks the Company’s 44th performance of the traditional Holiday play.

There are currently 115 dancers in the production, with 36 musicians scheduled to play during the performance. The Appalachian Ballet Company (ABC) employs the Knoxville Symphony Orchestra to perform the live soundtrack to The Nutcracker, as well as a live choir to give the audience a complete visual and auditory experience. “We are proud to bring that to the community,” says Amy Morton Vaughn, current artistic director of ABC. “The live music enhances everything, we try and provide an orchestra as often as possible when we have performances.”

Vaughn is also the sole proprietor of ABC’s dance school, the Van Metre School of Dance. Vaughn collaborates ABC and the school with the Clayton Center for the Arts at the Maryville College Campus, their resident dance company. She works closely with Jan Valenti, the production director, and with Katherine Dorner, the current business manager. The ABC staff and dancers prepare over the entire season to perform The Nutcracker Ballet. This Holiday Season, the audience will get to see all that work pay off.

Vaughn began dancing with ABC when she was twelve years old, where she had the advantage of dancing under Cheryl Van Metre, the Company’s founder and director. Vaughn moved away from Knoxville for a few years, returning and taking a teaching job under Van Metre when she was twenty. Van Metre soon began to assign her company responsibilities and allowed her to manage rehearsals.

When Van Metre decided to retire in 1997, it was a smooth transition for Vaughn to take over the program. “She really showed me the ropes,” Vaughn said, who is now doing the same thing with her daughter, Kylie Morton Berry. Kylie, who got married last Fall, also dances with the Appalachian Ballet Company. Vaughn is confident that she will have “a smooth transition into leadership over several years.”

Kylie will dance the part of the Sugar Plum Fairy this year, partnered with Australian dancer Aaron Smythe, who appeared on America’s Got Talent this summer. Smythe has also danced with the Joffrey Ballet of Chicago and received a bronze medal for his senior piece at the 2014 International Ballet Competition.

“They have a great rapport with each other,” Vaughn says. “They challenge each other to do better, to balance longer and turn faster. The audience can sense that kind of energy.”

In addition to Aaron Smythe, the 44th production of ABC’s The Nutcracker will include high school senior dancer Joey von Clef, who will perform the parts of the Toy Soldier and the Chinese solo. Jeff Wolfe will dance as the Snow King and William Cannon will perform a key fight scene. In the past, Vaughn has struggled to cast talented, professional male dancers who can perform classical ballet. “We usually have one male to perform as the Prince, but it loses the excitement of the lifts,” Vaughn says. “The power of male and female couples adds to the entire performance.”

For all of the power that this year’s Nutcracker performance will bring, with fight scenes and more lifts, it has a softer side too. Vaughn admits her favorite scene of the entire production is having the choir sing while the snowflake dancers take the stage. One of the most iconic moments in the entire Nutcracker ballet will be accompanied by the beautiful voices of a live choir, setting the perfect scene for the entire audience.

In addition to the main performances, the ABC offers school matinees for East Tennessee and Kentucky Students to attend on December 3rd and 4th with complete curriculum guides. Vaughn works with the middle and high school teachers to use the ballet as a teaching point for students, pairing the ballet with classroom discussion on story structure.

“It’s a nice way to collaborate with kids who may have never seen a ballet before,” Vaughn says. “They get to come and be a part of the experience and interact with what’s going on in the story.” Through The Nutcracker performance, students will be able to identify the protagonist and antagonist in stories, as well as learn about historical and cultural references.

Amy Vaughn will continue to direct the ABC and Van Metre School of Dance, and while Nutcracker Rehearsals are a busy time leading up to the Holiday seasons, she and her daughter, Kylie, enjoy every minute of it.

For more information on ABC, the Van Metre School of Dance, or the Nutcracker Performance this year, visit www.appalachianballet.com