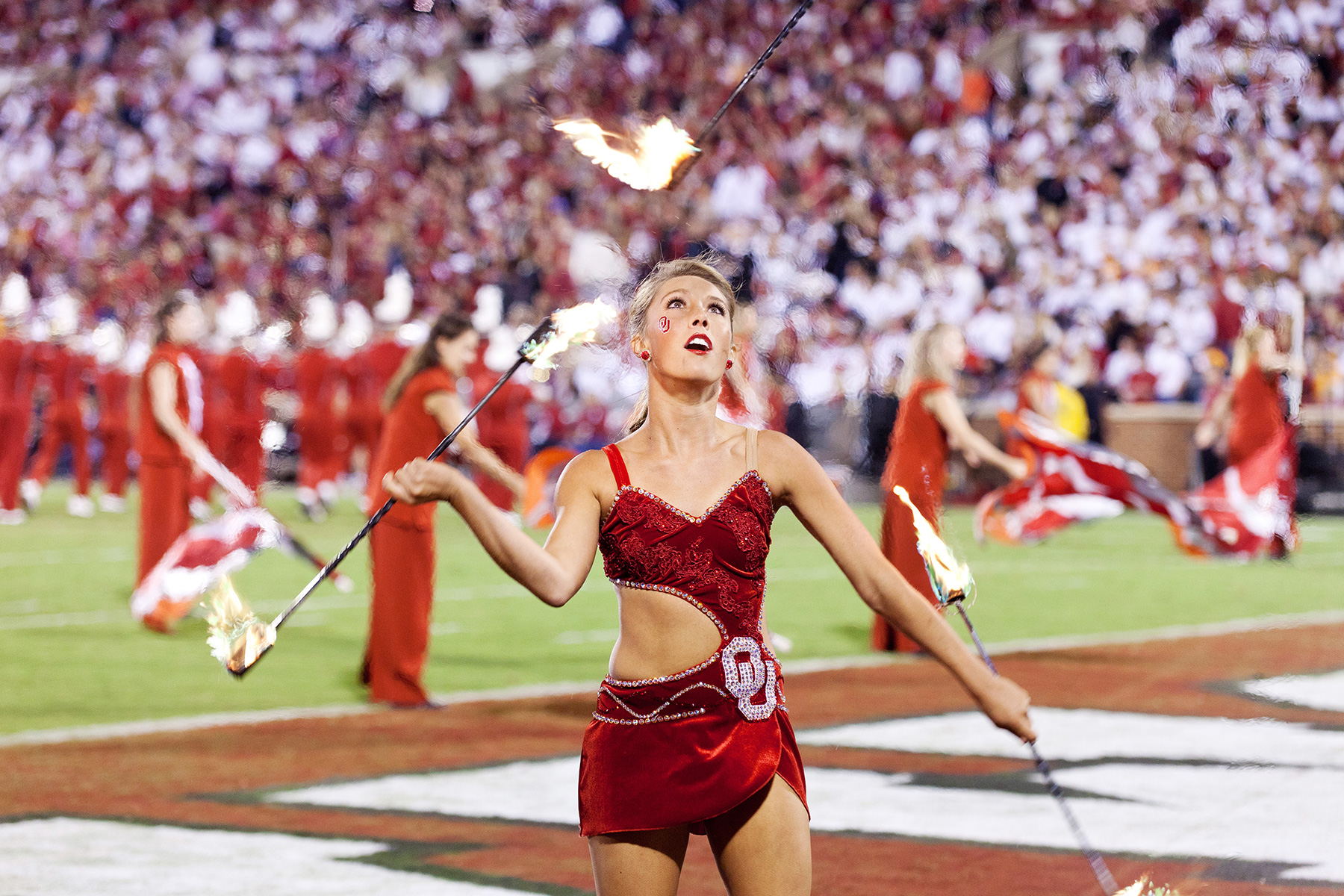 The path to stardom is often long and winding…or, in the case of Sarah Harris, twirling.

But her dream, even in high school, was to twirl at the University of Oklahoma.

Unfortunately, at the time Harris graduated, that position was already filled by senior Megan McGeary. For her freshman year, she opted to attend Alabama instead, where she twirled as a Crimsonette. Her sophomore year, Harris’s dreams were realized when she transferred to OU and became their feature twirler.

Sarah’s is a solo act – she performs by herself and even comes up with her own choreography and music. When it comes to her costumes, however, she has had assistance from an unlikely source – she claims her father, Knoxville Wholesale Furniture owner Tim Harris, has designed all but one of her outfits!

Twirling isn’t Sarah’s only passion. She’s very active in her church, the Fellowship of Christian Athletes and even pageantry. She was recently crowned Miss OU under the platform of personal empowerment. According to Harris, empowerment is about taking over your life and overcoming adversity, which she advocates during weekly visits to area schools.

Although Sarah Harris left the land of orange for a sea of crimson, we are truly proud that someone of her superior talent and stellar characte​r​​ still calls ​East Tennessee home.​ Sarah is the daughter of Tim and Robin Harris.​