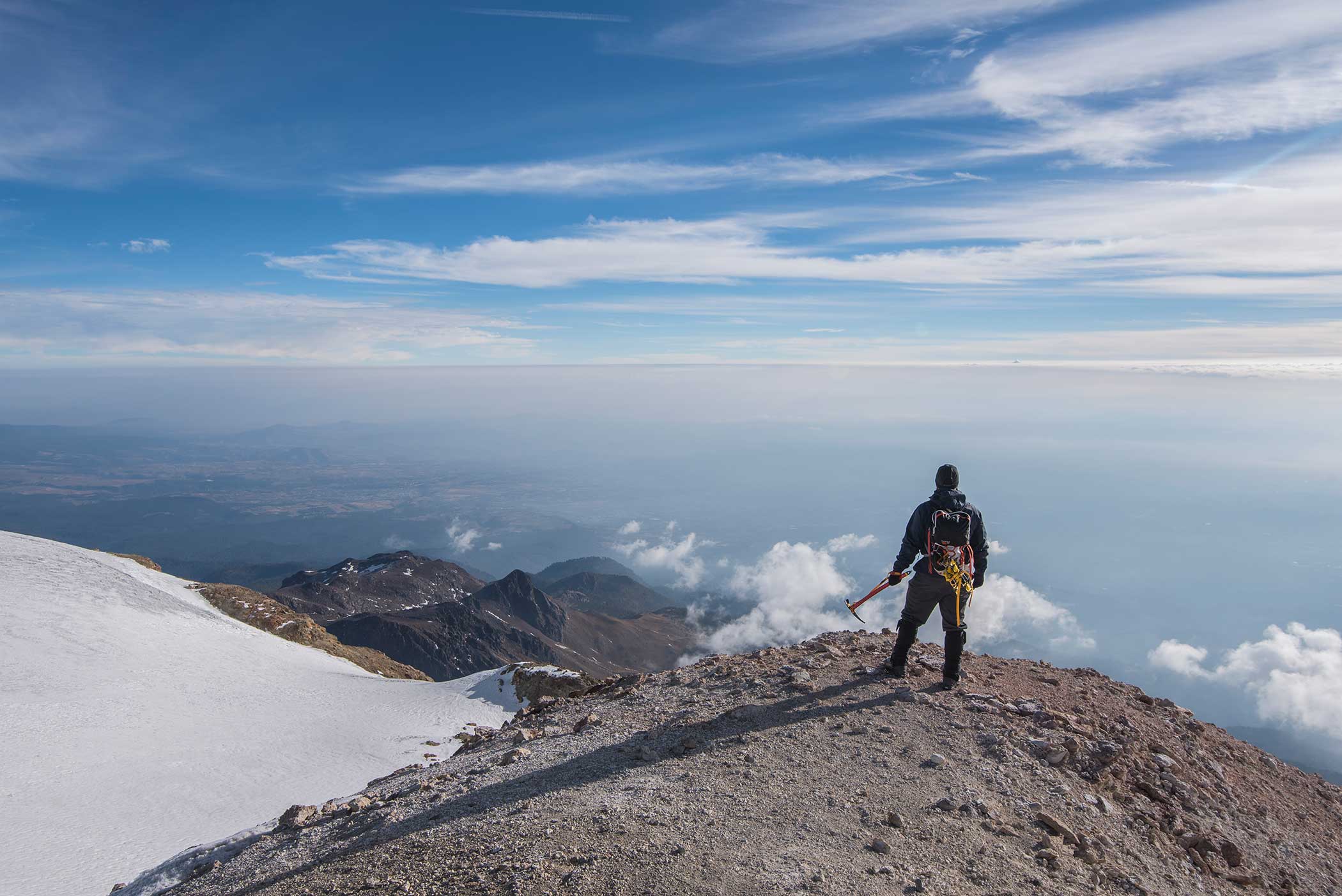 For remote location photographer Chris Higgins, capturing the perfect shot isn’t just his job, it’s a way of life. Higgins was born and raised in Knoxville and currently works part time at Blue Ridge Mountain Sports. The rest of his time is spent planning, traveling and documenting mountain and cave explorations across the globe.

This summer, Higgins took a trip to Mexico with the idea to climb the tallest mountain and photograph the deepest cave. Higgins, with friends Matt Bumbalough and Mike Green, flew out to Mexico City to attempt a feat that has never been tried by the same team on the same trip. The team would begin climbing Iztaccihuatl Mountain, which is 17,159 feet tall, to get acclimated to the altitude. Iztaccihuatl, or ‘White Woman’ overlooks Mexico City and the nearby active volcano, Popocatepétl.

After conquering the mountain, Higgins and Green began the next part of their adventure: documenting the Sistema-Huautla cave, which is the deepest cave in Mexico at 5,069 feet deep and over 40 miles long. But first, they needed to get there. Hailing a cab to the small village of Tlachichuca proved to be more difficult than Higgins and Green had imagined, not because of distance, but because of they could not correctly pronounce the name of the town. 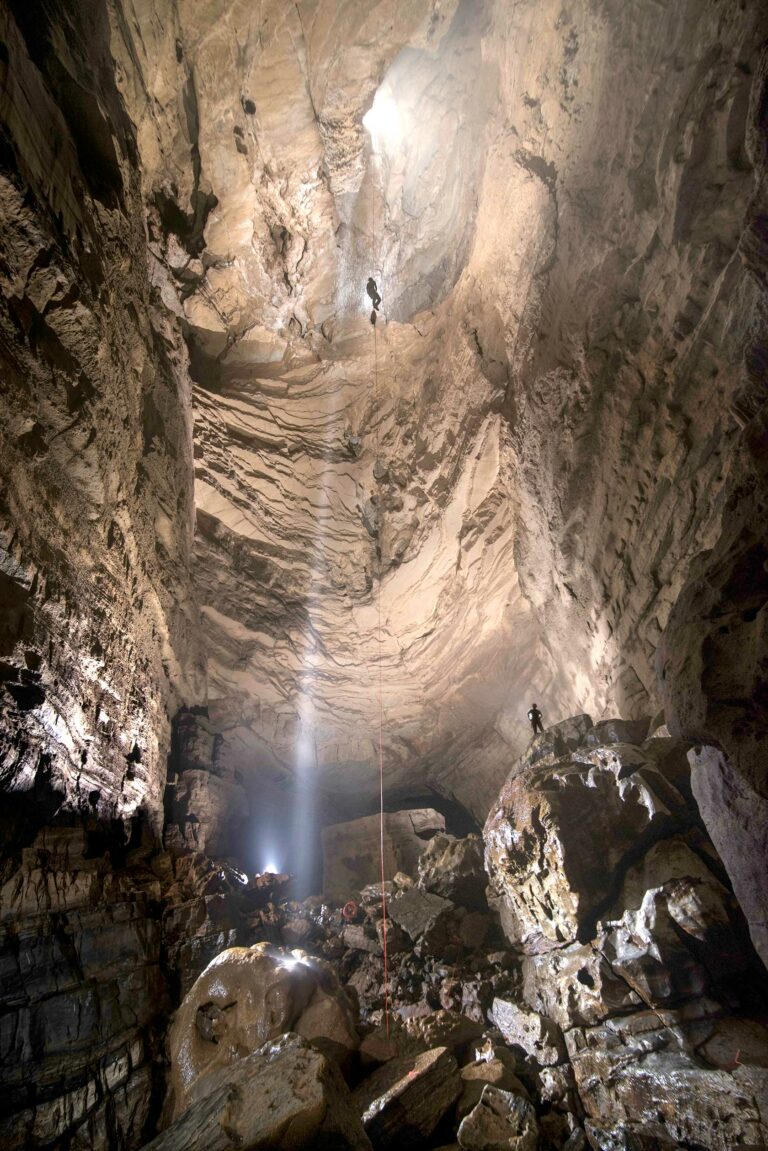 Once they found a driver who understood them, they were joined by the research team PESH (Proyecto Espeleologico Sistema Huautla) to document, explore and survey the cave.

Higgins has always enjoyed being outdoors, hiking and exploring with his family was a part of his childhood. When he turned 16, Higgins spent more time traveling to the hidden caves of the world that very few people have ever seen before. Photographing the caves became the best way to document his travels and show some of the deepest places in the earth to those on the surface. “It’s really the last frontier,” Higgins said. “The ocean, and caves. It’s the only place left unexplored.”

“…There is no weather underground, and no one else has ever been there before. Your footprints stay there forever.” 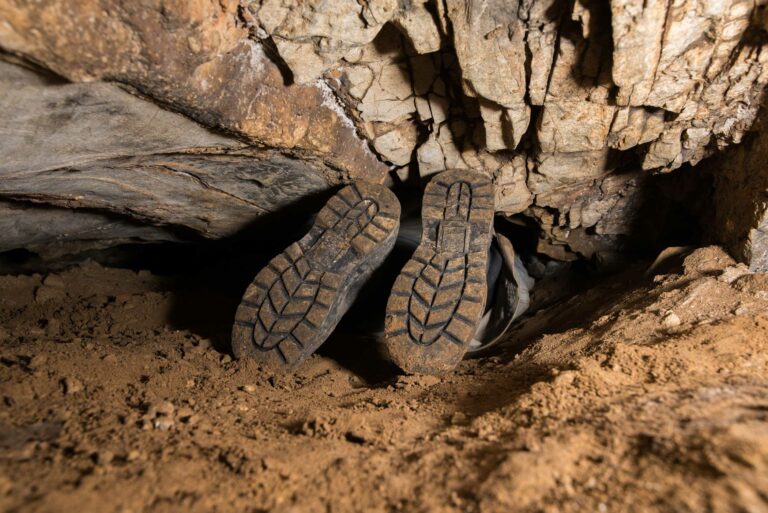 Higgins and the PESH team left only footprints behind when they explored Sistema-Huautla. At almost a mile deep, they spent an entire week underground with only their watches to show the passing time. They hiked down into the cave, repelling over 60 different times, passing several waterfalls and underground rivers on their way down.

“It felt like one long day,” Higgins remembers, “It was always dark and always quiet, we set alarms to remind us when to sleep and when to wake up.” PESH invited Higgins to photograph the cave, which requires descending with his camera, batteries, and lots of lighting equipment. Setting up a shot for a photograph can take anywhere between 30 minutes and 2 hours, depending on the size and depth of the cave.

Sistema-Huautla was so large, it took over 10 minutes to hike around the entire perimeter. Higgins uses 2 or 3 electric flashes when he is setting up a shot, relying on one-time-use magnesium explosive bulbs to illuminate the rest of the cave. The 100 watt magnesium bulbs must be manually fired, so Higgins usually needs an extra set of hands.

When setting up a large shot, Higgins times the photo to capture the cave surrounded in light, placing lights on small tripods to illuminate the area. With help from Green and the PESH crew, he counted down and snapped the photo. Once the bulbs burned out, Higgins realized that he had left the lens cap on and didn’t make the shot.

For the thousands of photos Chris Higgins takes, about 10% of those make it to his client or his website. Missing a shot is part of the job, so Higgins didn’t waste any time in recreating the setup.

In addition to taking photographs, hiking and biking, Higgins is scuba certified and enjoys exploring underwater caves. He is also currently the only out of state member on the South Carolina FEMA Task Black Hawk Rescue Squad as a certified EMT and rescue diver. Groups hiking to remote caves can hire him to document the trip, or a research team may fly him out to capture whichever cave they want to survey. Higgins has led trips for Boys Life Magazine and brought 30 Scouts through a cave, which was the first time any of them had experienced total darkness. 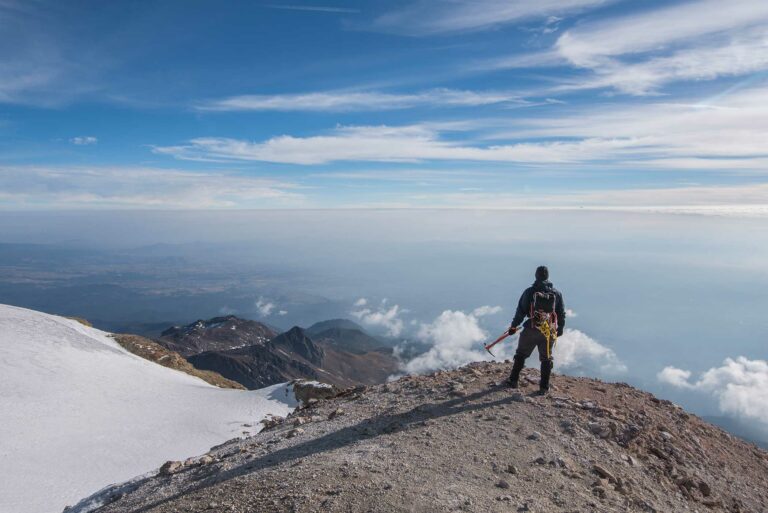 Chris Higgins is currently working on hiking all of the 14,000 foot mountains in the United States, and frequently travels to Colorado when he has time between expeditions. His biggest goal is to document the Himalayan Mountains, hiking up and skiing down the peaks to experience the true beauty of one of the most remote ranges in the world.

It takes a talented eye, the right equipment and plenty of fearlessness to be a remote location photographer. Higgins feels right at home in the great outdoors and enjoys documenting some of the deepest and tallest places in the world to share with his friends and family back home.

For more information on Chris Higgins and his work, or to see his photographs from his latest trip, visit www.chrishigginsphoto.com