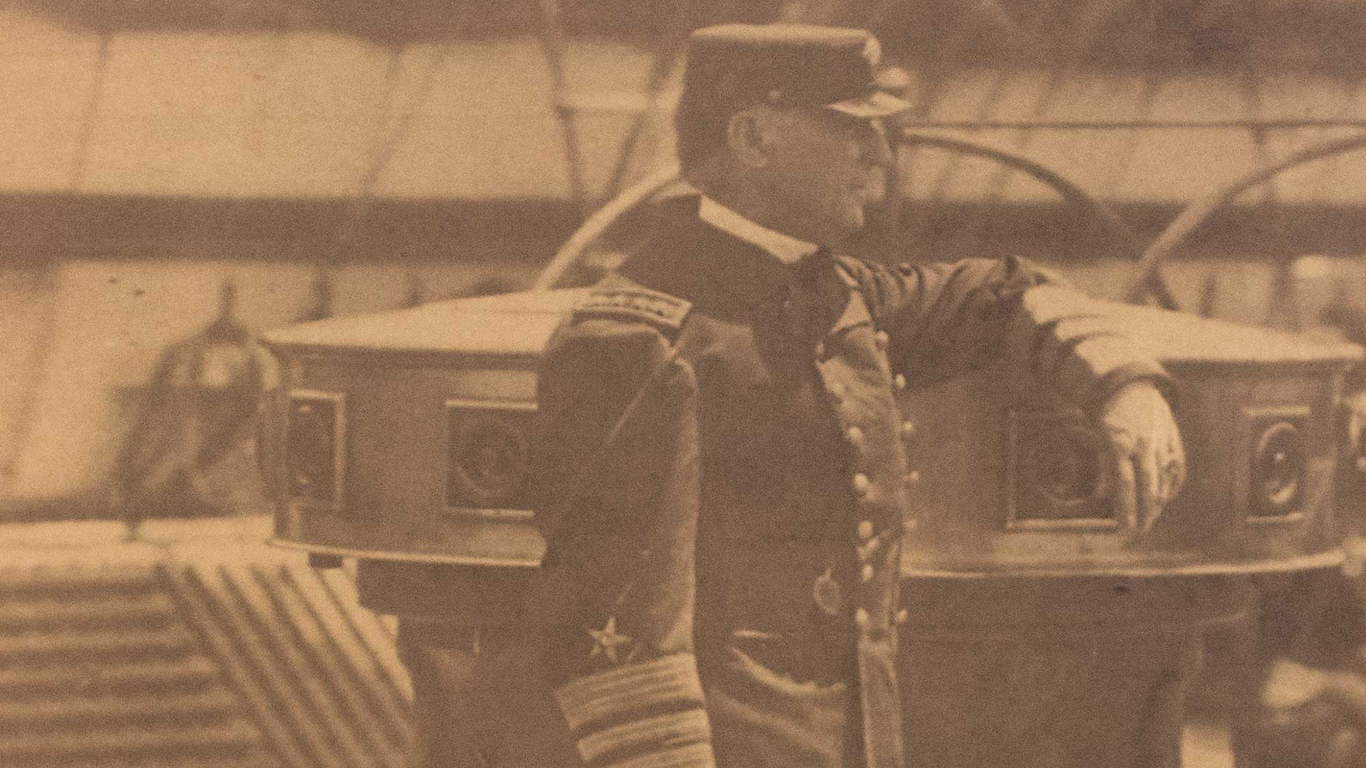 David Farragut was born near the Holston River,  about two miles off of what is now Campbell Station Road.

David Farragut was born near the Holston River,  about two miles off of what is now Campbell Station Road. His birth father, a Spanish merchant who had aided the American Colonies in the Revolutionary War, gave him up for adoption after his mother passed away from a case of yellow fever. His adopted father, a friend of his birth father and naval officer by the name of David Porter, would be his guardian for the rest of his young life and implant in young Farragut the seed of duty and greatness that would soon spring into fruition. Because of this and out of sheer admiration and respect, young Farragut would change his first given name of James to David in honor of his adopted father.

David Farragut’s young naval career began most prominently in the Caribbean, where he spent many years on warships fighting off pirates and raiders who attempted to rob vessels of their wealth. He also served in the Mexican-American War as a commander of the USS Saratoga. His skills in tactical naval combat were only paralleled by his rapid promotion within the Navy, and ultimately, he found himself a captain. He moved from his home in East Tennessee to Virginia, where he was stationed before the event that would define his significance in the time to follow: the beginning of the Civil War.

Though he lived in Virginia and was born and raised in Tennessee, David Farragut openly opposed the idea of a Confederate State. When President Lincoln called troops after the fall of Fort Sumter, Farragut very openly and publicly declared that the President had every right to do so. He also stated that the majority of Virginians and Tennesseans alike were not in agreement with their Confederate governments, and that the majority of these citizens were actually being forced against their will into confrontation with the North. Though he had gained a prominent reputation within the Navy, Farragut’s claims were met with contempt by his fellow Southerners in the government. He was asked to leave Virginia, which he did with much haste, fearing a violent consequence was in store for him and his wife if they refused. After his move, he immediately requested a position in the Union’s Navy. Primarily, he was granted a title on the naval council, as the Union naval officers were understandably wary of this Southern officer’s interest in the cause. Farragut never complained or offered resistance; he did his duty well. Within a few short months, the Union’s battle strategists had decided that based on his credentials, David Farragut would be best-suited for their most important naval endeavor in the war: the bombardment and capture of the city of New Orleans.

New Orleans: the teeming city playing host to the mouth of the mighty Mississippi as she spills out into the Gulf of Mexico. One of the main ports for the Confederacy, by far one of the richest cities in the South and the gateway to the Mississippi, which was crucial to the Confederacy’s movement of supplies. This was Admiral Farragut’s goal, what he was destined to do. He would take the city of New Orleans for President Lincoln and the North. He was awarded the title of Flag Officer and amassed a fleet off the coast of Florida, which he then sailed down just outside of the port of New Orleans. Through heroic bravery and expert tactical ability, Farragut was able to take the port of New Orleans and the surrounding areas, giving the Union land troops a gateway into the city and blocking Confederate supplies from the Southwest. It was in this series of battles that he would declare his famous words. When told to use caution in maneuvering the river ahead due to the numerous torpedos the Confederacy had planted for the incoming Union fleet, he dismissed the warning, declaring quite boldly and famously, “Damn the torpedos! Full speed ahead!” This victory would be a definitive battle in the Civil War and would be the greatest accomplishment of his life.

David Farragut continued his dedication to the Navy after the war. After his heroic capture of New Orleans, he was promoted to Rear Admiral, the highest honor in the American Navy at the time. In December of 1864, he was the very first U.S. officer in history to be granted the title of Admiral of the American Navy, leader and commander of all U.S. naval forces. This title he held until his death in 1870.

Admiral Farragut was not simply a man: he was an inspirational leader, bold and fierce. He had that Southern Tennessee pride found in many Tennessee Volunteers, but he also had the strength and fortitude to discover and fight for what was right. Rarely does the common man or woman dwell on the past, remembering those men and women who have shaped the world around us. So today, for all of us who dwell in Farragut, let us remember the great man for whom our town is named: David Farragut, the first Admiral of the United States Navy.